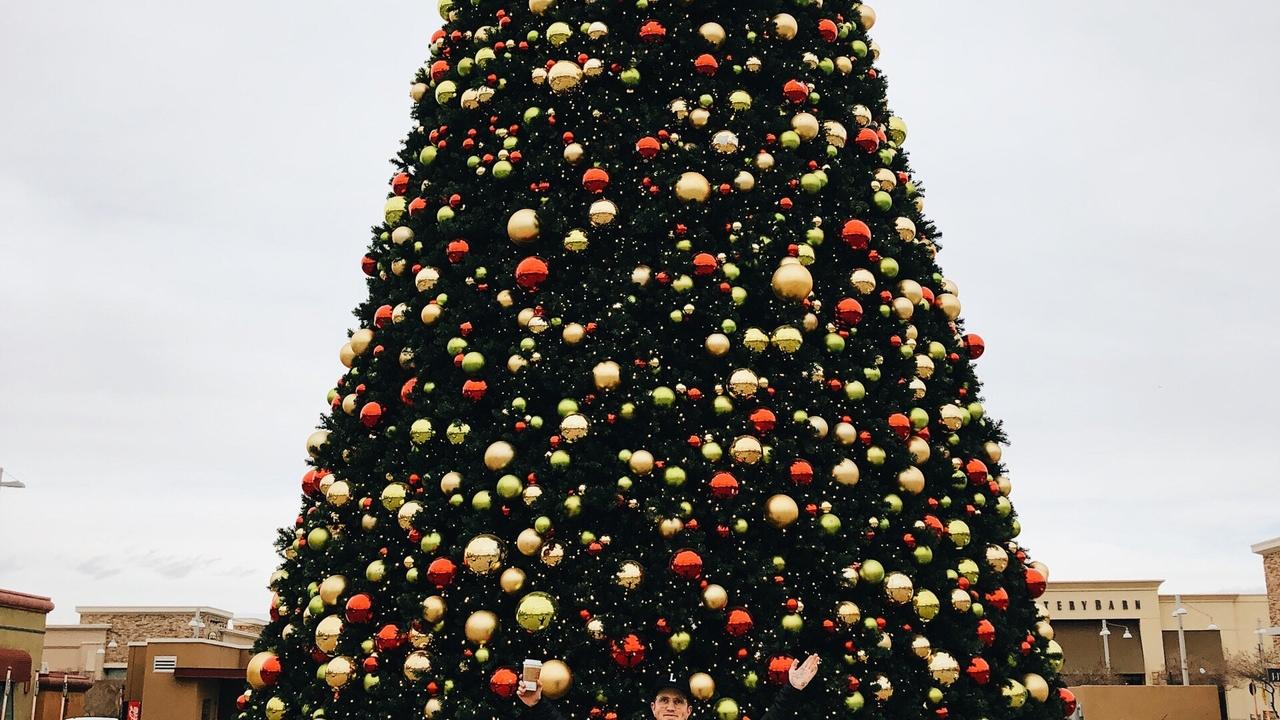 Once, in Mammoth, California, I stepped off of the porch of the house my seventeen-thousand family members were cramming themselves into, straight into a six foot deep pile of snow that I thought was solid ground. Like the human version of those cat gifs where little Gilbert leaps and disappears over and over again, face down in the white.

Seventeen years removed, I like to think that I was just trying to have some alone time.

The next day, after my dad found my fingers poking out of the hole in the ground, I went sledding with my sister - Bree - down a hill that ended six feet above a parking lot. They call that poor design. And inevitably, when it was my time to slide I veered off course and straight toward someone’s kid-shield beneath, while my dad sprinted sideways and caught my stomach with his knee, and knocked the wind out of me.

Seventeen years removed, I like to think I was breathtaking.

I wonder if Santa loved me as much as I did.

When we laid out milk and cookies for Big Red, Bree wondered about his reality and it’s safe to say that reindeer fuel the first existential questions in a young person’s life, and the clatter on the lawn never quiets, and it matters because the bedsprings don't ever really feel the same after that.

It mattered most to my father, who always pointed out that his favorite decoration sat on the mantle - Santa’s bent knees bringing his gifts to a child in a feeding trough - and maybe it was just too overwhelming to risk his children's forfeiture of the life of one for the death of another, so I guess it makes sense that once my best friend told me he caught his parents stuffing his stockings, mine went through with their own repentance process and confessed to being lifelong liars, tied up in webs of pleasantries and deceit.

My own two parents: co-conspiring murderers with hands red as the coat they stole from Santa’s poor, fat, naked body (wherever it is), and a truth as heavy as the cookies and whole milk that filled his stomach with coal-black magic.

The trauma of having lost Santa Claus at such an early age continues to haunt me well into my twenties, and I assume that somewhere out there, he and my dad are sitting in a pub, wondering why no one ever left them beer and pretzels next to the stockings, but recognizing that – if they had – it’d have been a lot harder to drive a sleigh come sunup, or to wiggle through a chimney, or to discern whether any of the thousands of children in my family that year were naughty, or nice.