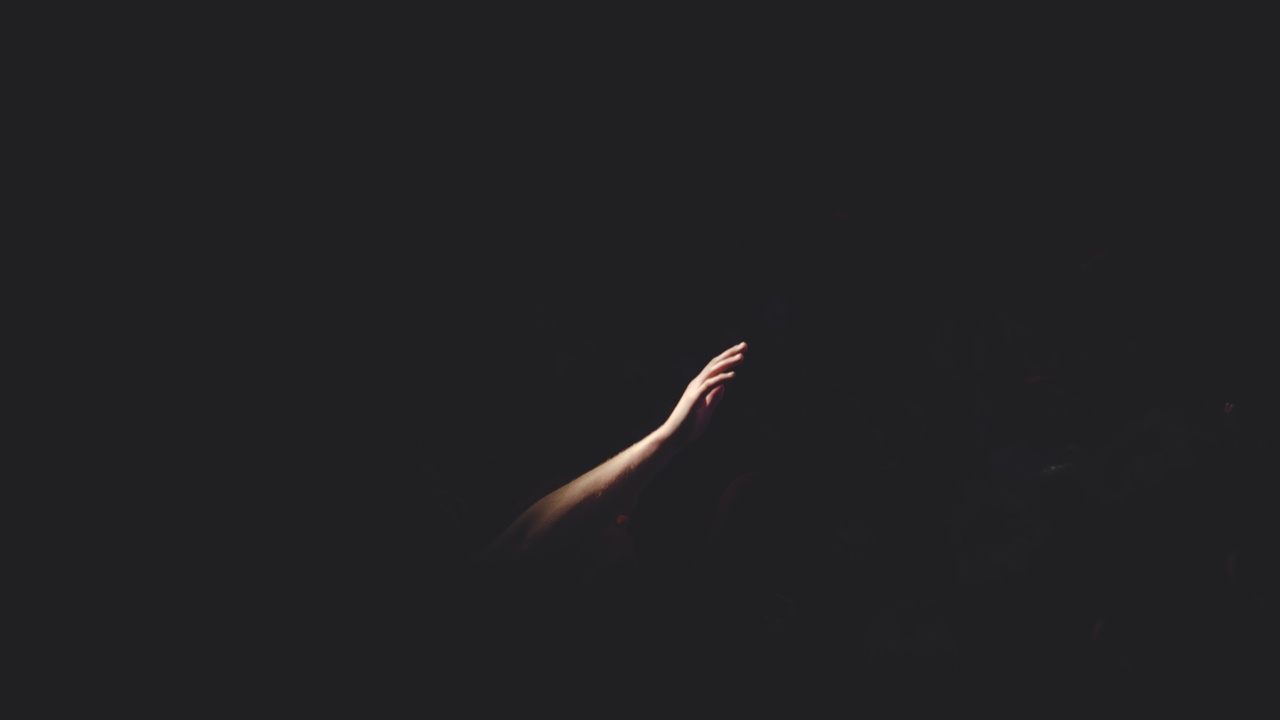 I just finished reading Jackie Hill Perry’s tweet thread about all of the sexual abuse that Ravi Zacharias’ subjected women to during his time in ministry. There are a million ways one could go with his thoughts here — with what he could address. I don’t feel much like writing about Ravi or apologetics, which I’ve never had an affinity for in the first place. I’m interested in one of the responses Jackie received from a follower, which reads:

Here’s the difference I see (from what you may see) in this:

Rather than Ravi being merely a “bad apple” in an otherwise good system, I see him as a natural product of a corrupt system.

At this point in my life, I’m glad I never became a pastor. I’ve got ten to fifteen seminary credits somewhere in the ether, and at one point, I thought vocational ministry would be my future. In some ways, I suppose, that has been true. I love Jesus and I have experienced his rescue and I’m genuine in my articulation of this — as Eckart so beautifully articulates — God who is greater than God in my life. But as a friend described in a way that felt brash at the time but more clear in the time since: too often, the American church is just a cult.

It’s a broad brush that I can only assume many of my readers will dismiss as ostentatious, so maybe I can cushion it with cult-ish.

I don’t disdain the bride of Christ and I don’t disdain pastors. Some of my favorite people (some of the most loving people in this entire world) are men and women who hold that office, and my life would not be what it is — as full or rich or cared for as it is — without them. Hebrews says that “it will help you not to make their work hard.” I have the utmost respect for leaders worthy of the title, and I’m thankful to say that much of my cynicism has burned away in the years since (in part) recognizing my own culpability in this responders’ “corrupt system” by — as many 12-Step Recovery Programs have it: putting a person in the place of my Higher Power (a position no person could or should occupy).

But it too often feels too much like a trap. A trap for the leader and a trap for the people. A brand name to protect, littered with NDAs and memberships and doctrinal agreements and the inability to question, to fluctuate, to be human. To fail.

Maybe I feel so strongly about it because “Christian” artists seem inevitably to become some form of pastor, themselves. Ourselves. Justin McRoberts talked with Jon Steingard about this on his podcast not long ago. I have had a lot of talking-tos throughout the years from people who tell me that they can only support me if I am about Jesus. Lucky for me I am, I guess? And I can respect their convictions but statements like this feel like there’s a flyswatter above my head ready to make me go splat! if I buzz wrong. What version of Jesus would you like me to be about? Do you have a checklist? Am I meeting your requirements?

I have no interest in getting caught in that trap. Or perhaps I should say: no interest in remaining caught in it. I am not afraid of not loving Jesus, or of Jesus not loving me, but absolutely nothing good or healthy comes from that codependent a relationship between anyone, let alone an artist and his fans. Consider me a case study.

I remember talking to Preston Sprinkle at Audiofeed Festival back when being around other humans was a thing. He told me that I’d be surprised by just how many pastors hold a post-mortem judgement perspective of terminal punishment (as opposed to eternal conscious torment). That may seem like an unrelated aside but the point is this: they cannot speak up about it because their jobs are on the hook and they signed the dotted line and if their perspective shifts then there goes their family’s provision.

If a person can’t ask a theological/ethereal question about hell — even one within the realm of orthodoxy — then how in the hell can that person possibly imagine confessing a relational/tangible anything to anyone, ever?

Do you know what that is? Robot-production. That’s not incarnate. Thats not human experience. That’s not dirty hands scrubbing mud across someone’s face and letting them, through blurry vision, “see men as trees walking.”

I had a conversation with my family about my faith not long ago. In many ways, it is something more deeply my own than ever before, full of more life and vibrancy than I imagined possible. And because of that internal reality I’m more excited than ever to be about the God I am truly about (not just the one who I need to be about to avoid my culture’s cancellations). But it’s not the same thing as it was, either. It’s not quite the right picture and it’s not quite the right frame — at least, according to my assumptions about what “right” meant. I was afraid to tell my mom that I felt like I had no wiggle room. I told her that I felt like I wasn’t allowed to swim.

She told me that I was made to swim.

I don’t know if it scared her to tell me that. I don’t know what it’s like to watch your son work out so much shit as some “public figure” on the internet, but I know that she didn’t put me in prison. And there’s life on the other side of fear, and I am choosing to believe that.

When I wrote my response to the George Floyd murder last summer, I said:

I cannot imagine a worse, less-honest or unforgiving world to be in than the "Christian" market. And I hate that I have to write that, but I do, and many readers won’t understand that, but it’s true. I’ve straddled it for over ten years, professionally, and my entire life, personally, and it’s true. I'm telling you it's true.

It is no wonder and not at all surprising to me that pastors are more ready to kill themselves than they are ready to let others see who they actually are, or speak up, or confess, or be human. The world that we’ve created is atrocious, and that reality—devastating as it is—simply feels like a given.

My friend Alex told me that I need to write a whole blog about just that. Maybe I’ll add it to the list.

We make our pastors into gods. Anyone with a decent enough follower count is a god. They make miserable gods. They’re not designed to be gods. They’re not designed to be our perfect moral everythings. And then our gods fail us and devastate us and hurt others out of the overflow of their own hurt and then we’re blindsided and then we create narratives for why it couldn’t have been that bad, or why it’s not as bad as something else.

How many times have I heard responses like, “Well, at least we’re not a part of the Catholic Church. I mean, my god.”

It is hard to look in the mirror and the older I get the more I know it, and the more I see the ways I’m prone to make the conversation about something — anything — other than the blemishes I see there.

But we see what the fruit of avoidance is. Get busy spinning narratives about how the gays are destroying family values and delegitimizing racism because God is colorblind and rejecting the #MeToo and #ChurchToo movements because they’re really just feminism encroaching upon The Truth™️ to have eyes to see and ears to hear what the truth is.

Why do we think this just couldn’t happen when it comes to “our own?” How many girls have I talked to on tour throughout the past decade who have been raped by their dads, tied to trees by their boyfriends, manipulated by their youth leaders, coerced by their pastors?

And also — though it’s no pass for a man personally responsible for his own nightmare — Jackie’s responder is right: the system is broken. I wonder how many massage therapists would still have their lives if sex was something that my world could talk about even after we signed our Purity Pact and adorned a Promise Ring?

How many women would be given equality within church systems that deny it with words like “love” or “respecting boundaries” on the premise of The Billy Graham Rule when in reality the pretty girls are just a little too pretty and that makes men who can’t control themselves just a little too scared to be in close proximity with? This was more the point of Jay Stringer’s published take on The Binge and Purge Cycle of Evangelical Men.

You’re not superhuman. It’s all ugly and atrocious because it’s ugly and atrocious but it’s only a “scandal” because, for some reason... what? The people in this building, in this position, are immune? And we need to make sure everyone still believes that you too can get immunity with this product called GOD (put a bushel over that light — it’s flickering too close to revelation).

I’m still an insane person who deeply loves what I think that Christianity is meant to be and hopes that it can mean something beautiful. But Christendom is experiencing a reckoning and if it’s gone then it’s gone. It’s not willing to look itself in the face. And if to “deny oneself” is just a dolled up version of “to lie to oneself” then it is not the Way of Jesus in the first place.

Christ is never gone. The Bride is never gone. She never will be. Don’t read all of this as disparagement. That is not the point and to assume intent and personalize offense is just another deflection.

What do we have to learn here? Is humility and sobriety and a good look in the mirror coupled with righteous indignation? The brighter the light shines, the more I see my shadows.

“Preachers (or leaders) must address themselves to the fullness of who we are and the emptiness too, the emptiness where grace and peace belong but mostly are not, because terrible as well as wonderful things have happened to us all.”

My God, have mercy. Heal what is broken in us and what we have broken in others. And let us see ourselves as and become participants in the work of reassessing and rebuilding the places in wood-rot and shambles. 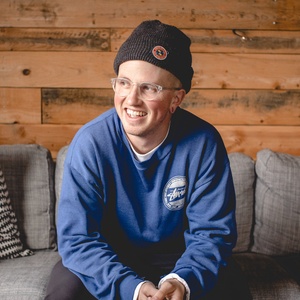 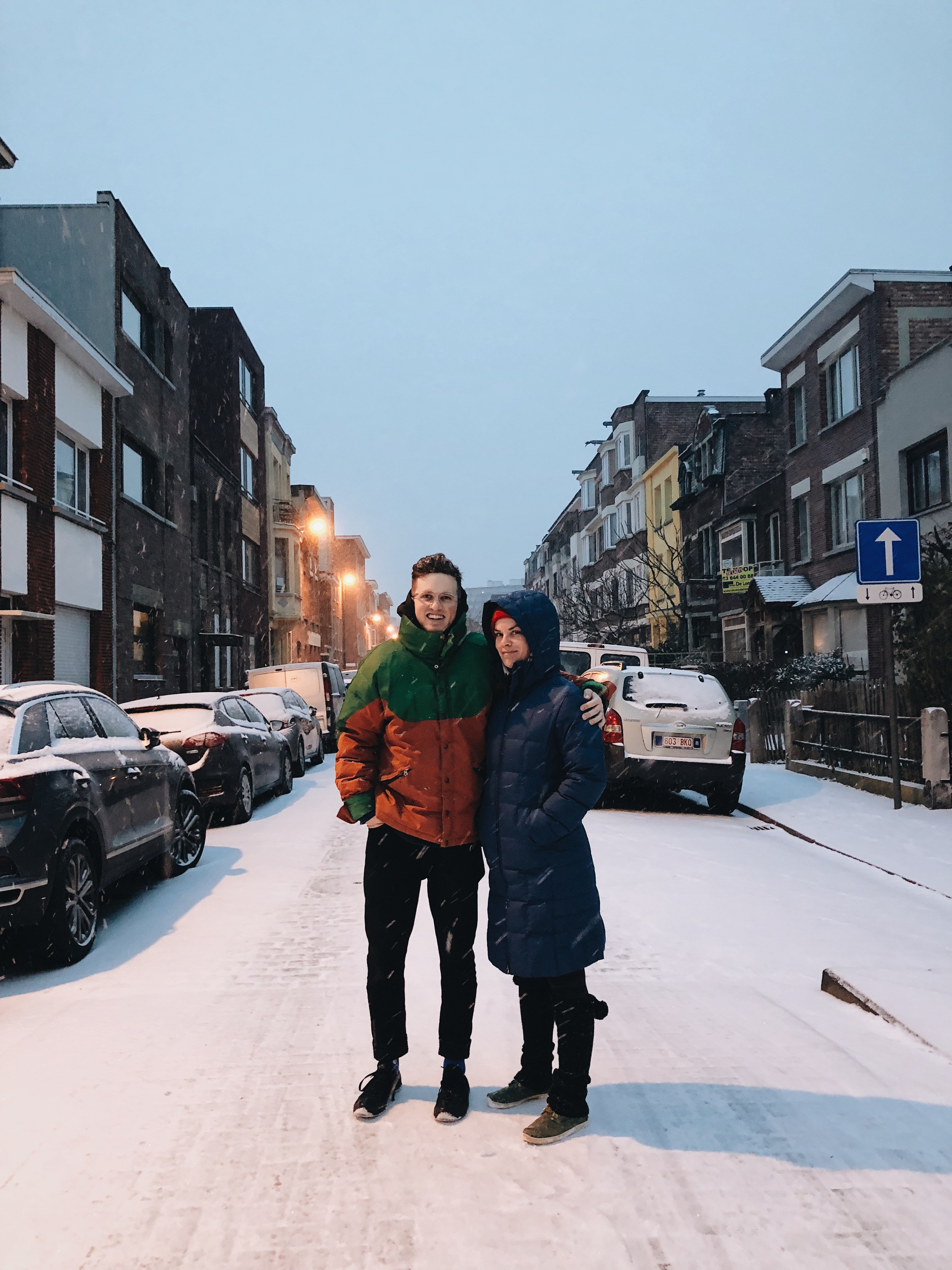 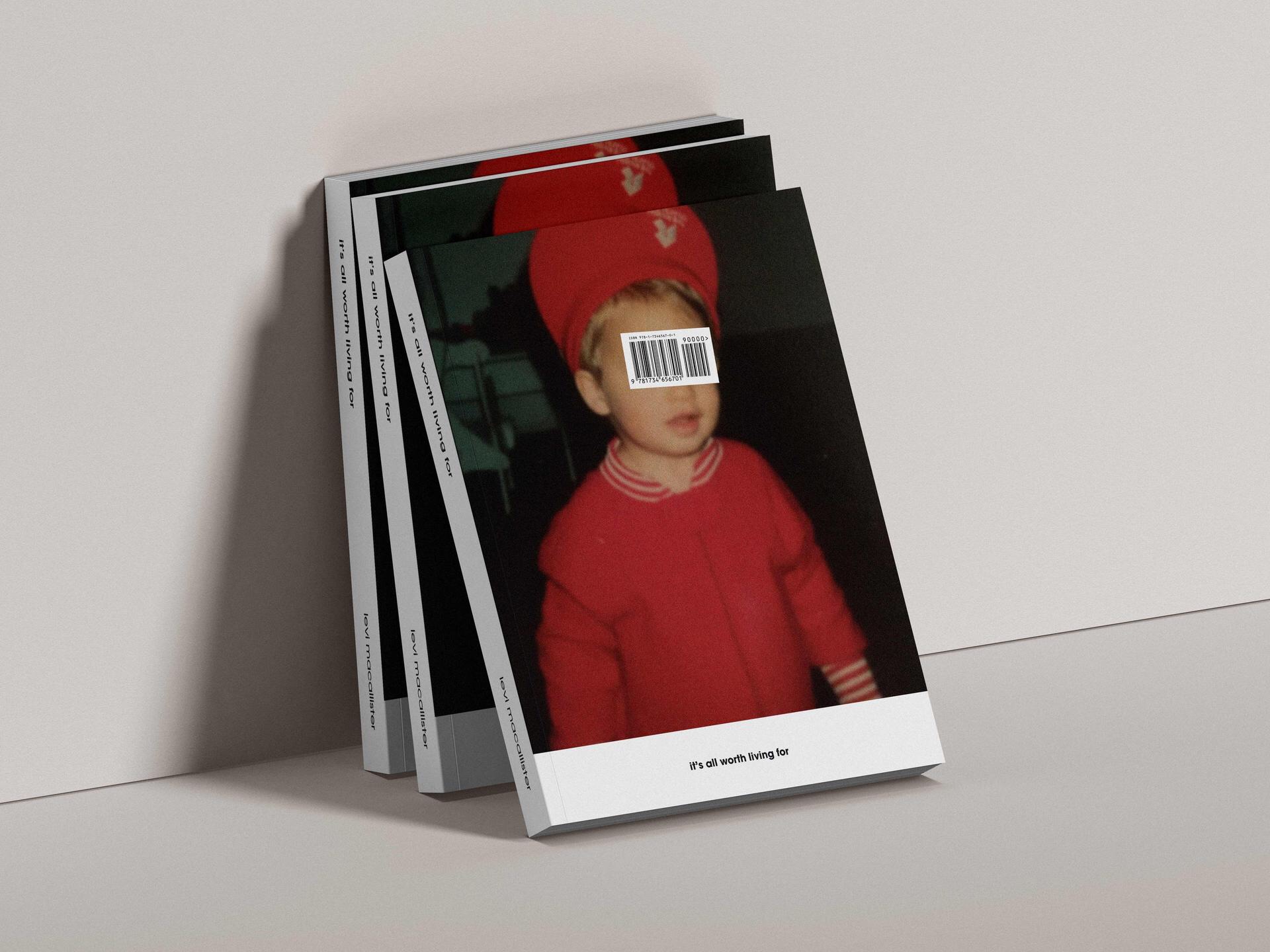 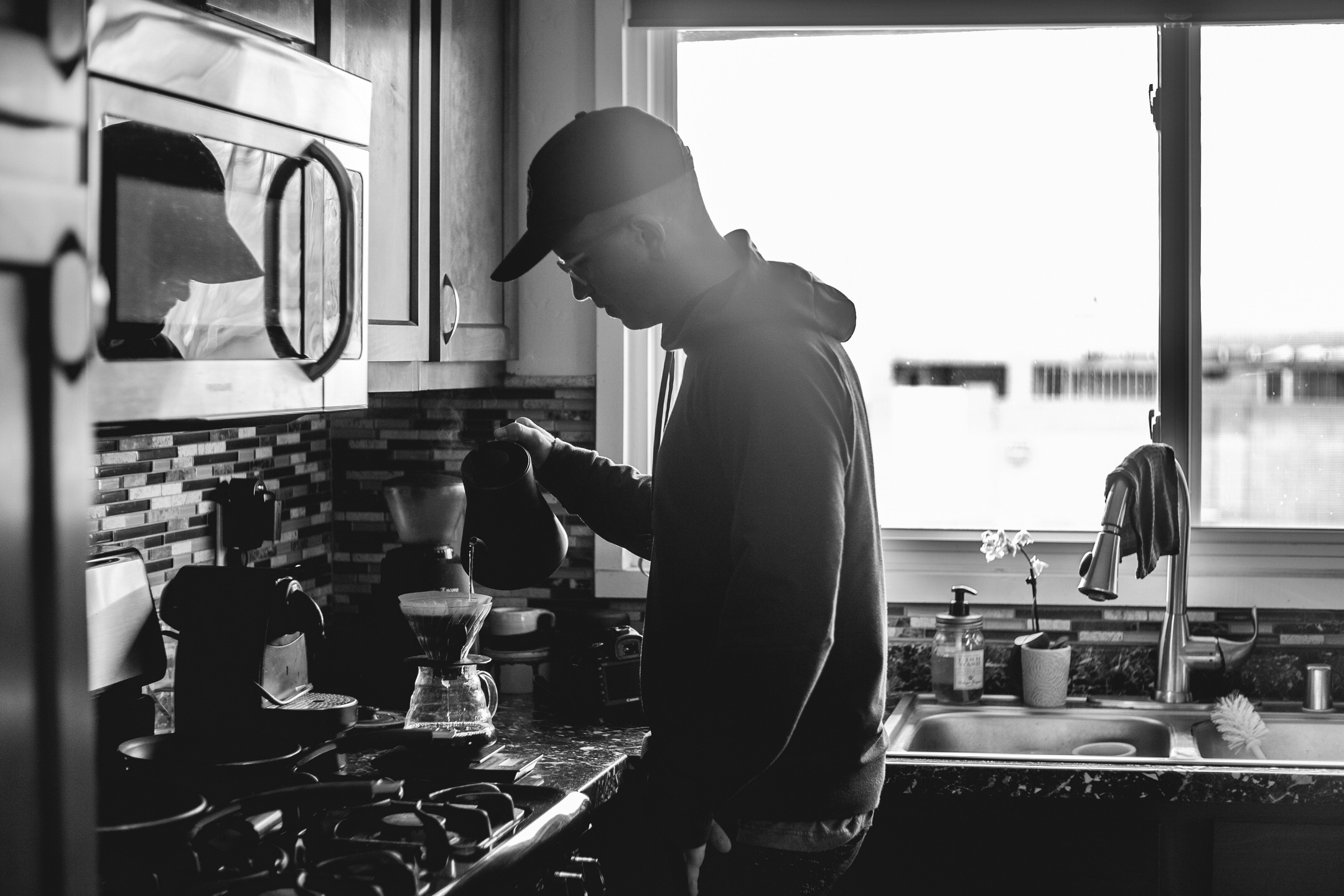 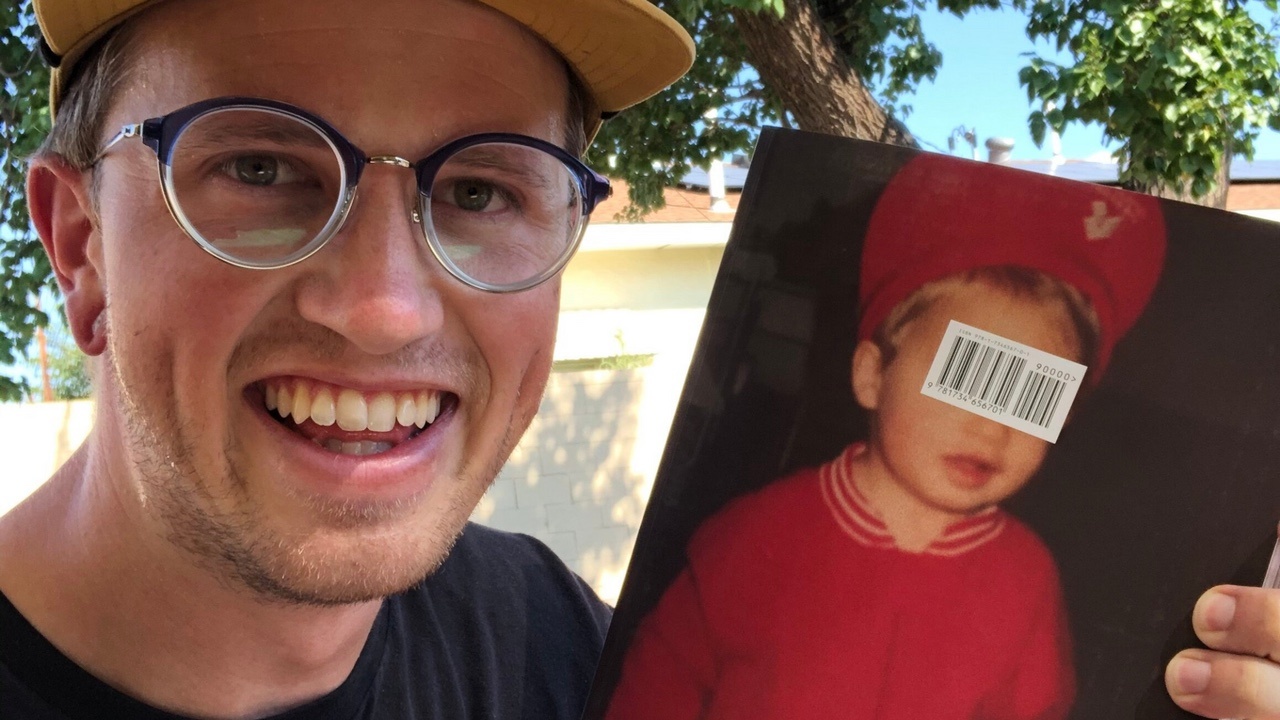 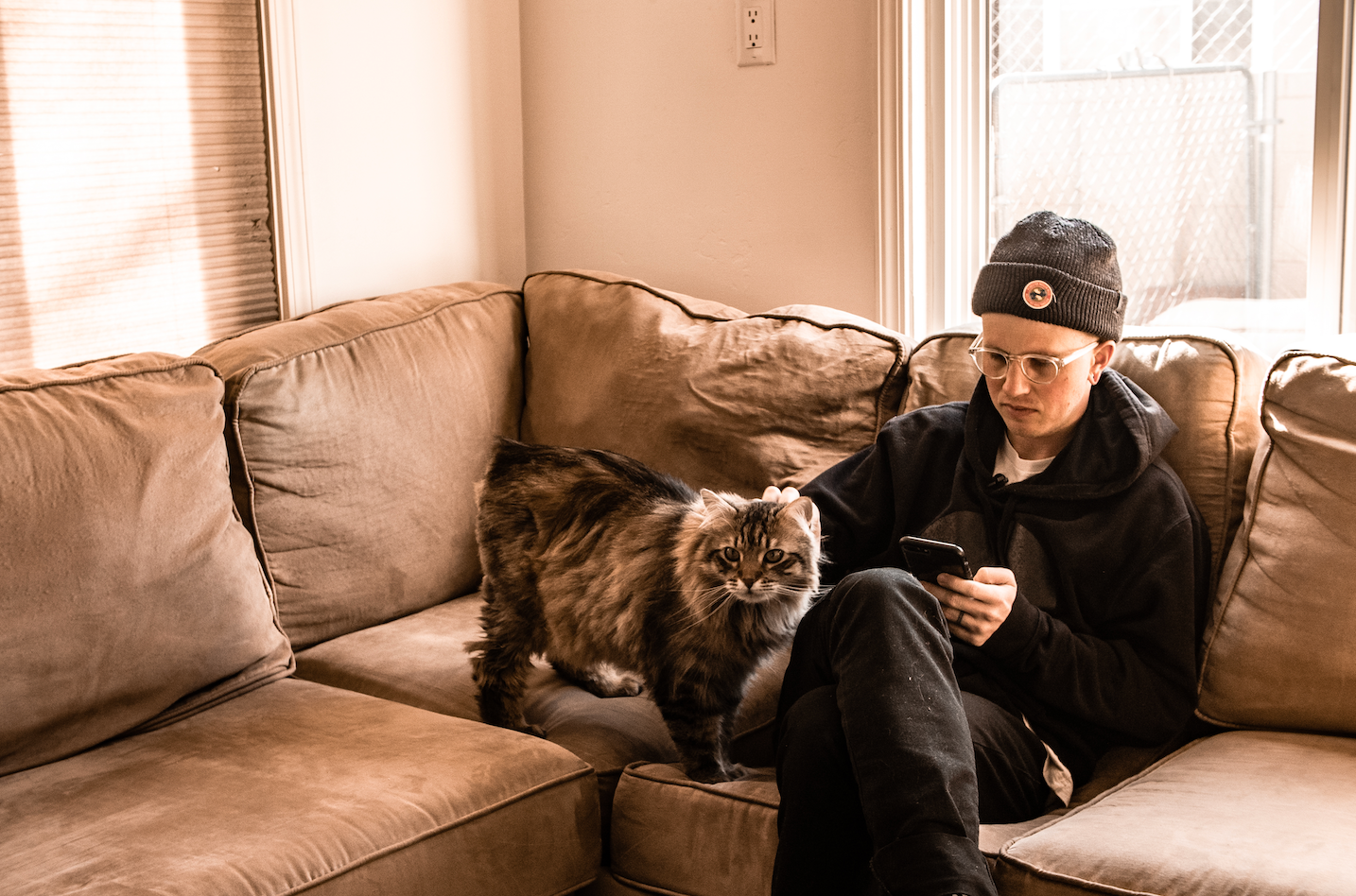